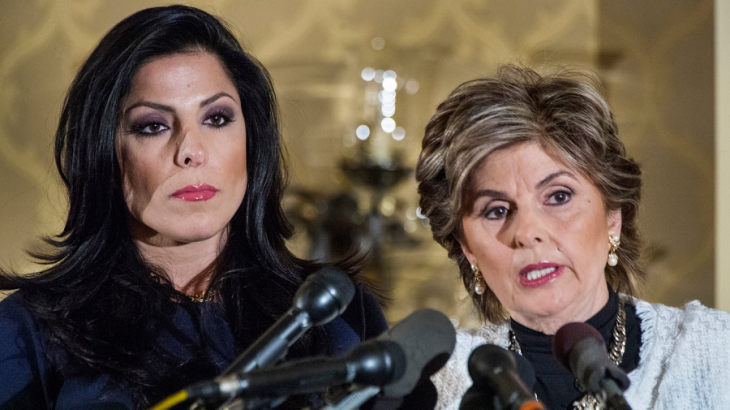 The TIME’S UP! Movement has become one of the most powerful forces in the quest for the equal rights for women in the workplace. For to long women have faced discrimination and harassment in the workplace and they have had enough. The movement was born out the desire to elevate women and to create a safe space, free from sexual assault and harassment. Attorney Natalie Khawam understands how important the movement is to not only herself but also to many of her current clients. She has been recently been retained by an individual who knows all to well the fear, sadness and anger that comes from being harassed in the work place.

Based in Tampa, Florida, attorney Natalie Khawam and her firm, The Whistleblower Law Firm, specialize in discrimination and harassment cases. Discrimination and harassment are not the only areas of law that the firm actively practices but they have a lot of knowledge and expertise to help their clients who have faced the horrific pain of harassment seek legal recourse. Khawam and her firm have been retained by Gloria Tuck to represent her in her complaint against her supervisors. Ms. Tuck on more than one occasion was subjected to sexual harassment and a hostile work environment based on her gender and because of her race.  Natalie Khawam knows that her firm has the experience and the expertise to help Ms. Tuck. Ms. Khawam has also faced harassment and discrimination in her past, so she has a unique insight into how difficult these types of cases can be for the client.

Ms. Gloria Tuck is the Assistant Program Manager (APM) for Logistics at PM TRASYS (Program Manager, Training Systems) in Orlando, FL under the Marine Corps Systems Command under the Department of Defense. Her supervisor was in charge of deciding her leave, travel requests and provided input in her performance ratings. According to Ms. Tuck, her supervisor subjected her and other female employees to contempt, intimidation and work interference.  Ms. Tuck was on the receiving end of unwelcome comments and actions that were sexual in nature and she was the subject of verbal attacks.

When Ms. Tuck rejected the advances of her supervisor, he then created a hostile work environment aimed directly at Ms. Tuck. After watching her supervisor receives a mere slap on the wrist after everything he did, she decided it was time to seek legal counsel.  Ms. Tuck retained Natalie Khawam and her firm to represent her in her complaint. Ms. Khawam is very passionate about this cause and believes that the persistent perpetuation of sexual harassment in the work place needs to be stopped. Natalie Khawam and her firm were ultimately able to secure funding from the TIME’S UP! Legal Defense Fund for their client.

The origin of the #MeToo movement actual goes all the way back to 2006. Tarana Burke, a survivor of sexual assault, coined the phrase to help women who have faced and survived sexual violence. In ten year’s time, that phrase would be the catalyst for the anti-sexual harassment movement that mobilized women everywhere to stand up to abuse, harassment and discrimination. The hashtag gained momentum in October of 2017, when actress Alyssa Milano tweeted “If you’ve been sexually harassed or assaulted write ‘me too’ as a reply to this tweet.” It ignited a firestorm and women around the world opened up about their very personal stories of sexual abuse and harassment. Their stories of pain and anger spread far and wide, and soon the TIME’S UP! Movement was born.

The TIME’S UP! Movement was founded on January 1st of 2018 by a group of Hollywood celebrities. It was created in response to a letter of solidarity that was written by the Alianza Nacional de Campesinas to show their support to the group of female celebrities that had come forward detailing their own experience with sexual abuse. The letter was written on behalf of about 700,000 female farm workers in the United States that faced their own sexual abuse and harassment. The founding of the movement established the following initiatives; a legal defense fund, advocating for legislation to punish companies that allow harassment to persist, and steps towards gender equality in the studio and talent agencies.

The TIME’S UP! Legal Defense Fund is administered by the National Women’s Law Center and was created to help provide legal support to lower income women seeking legal action against their employers for sexual harassment or abuse. In as little as two months, the fund raised close to $20 million. The National Women’s Law Center hopes that by providing legal funding to those in need, more people will come forward with their stories and give them the power to fight their abusers. The fund also helps people connect to the right attorneys to help victims fight against their harassers.