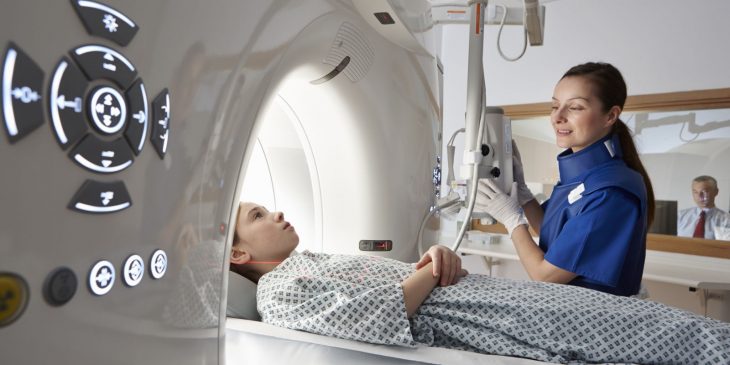 At Advanced Body Scan, we provide lung scans via advanced technology, arming you with the knowledge you need set a plan with your doctor in order to to battle:

And other lung problems.

A new study has revealed that the survival rate for these various diseases has increased by 82%, as opposed to less than 15% with a diagnostic x-ray.

Our Optima GE CT scan can show us cancerous growths and other masses, allowing us to diagnose these problems early, before they have a chance to progress to a dangerous level. The technological advances in this industry have allowed doctors to detect and prevent lung cancer more efficiently than ever before.

In the United States, lung cancer is the leading cause of cancer related deaths in both men and women. Every year, 225,000 people are diagnosed with lung cancer in the U.S.

Advanced Body Scan can detect lung cancer and other lung problems, giving you accurate information regarding its nature and stage.

Lung Scans Can Detect a Number of Different Problems

As the leading contributor to lung cancer – one which causes more deaths than the next three deadliest cancers combined – this is a problem that is best diagnosed early. The effects of lung cancer can be debilitating. It is common enough that you likely know someone, be it a friend, family member, or co-worker, who is experiencing lung cancer or has experienced it at some point in their lives.

Fortunately, modern technology provides us with good reason to be optimistic about its diagnosis and treatment.

In association with GE Healthcare, Advanced Body Scan can provide comprehensive CT lung cancer screenings. Our combined standard of success has given the residents of Oklahoma City a greater chance of recovery from this disease. Together, we can assist physicians and patients with effective lung cancer screenings.

As procedural guidance is indispensable to the medical profession, GE’s CT cancer screening protocols are consistent with the CT system and the guidelines of government and expert medical organizations.

What is lung cancer?

Lung cancer is when cells begin to grow abnormally and chaotically in one or both lungs. Because of their inconsistent growth patterns, these cells fail to carry out the functions of normal lung cells. Over time, these cells will grow to the point of forming tumors, leading to disruption of the proper functioning of the lungs.

Lung cancer is diagnosed as one of two major types. The diagnosis is based on whether the cancer is local, or has spread to the lymph nodes or surrounding organs.

This type accounts for 85% of lung cancers, and progresses through four stages:

This accounts for the remaining 15% of lung cancer diagnoses in the United States. This form of lung cancer grows quickly, but is more easily treatable. It progresses through two stages:

This is the result of air sacs in the lungs becoming damaged, resulting in difficulty breathing. When the inner walls of the air sacs in your lungs become weak, they can lose their ability to properly empty, and can even rupture. This results in a significant reduction of the amount of air that reaches your bloodstream via your lungs.

Lungs that are damaged in this way create pockets of old air that does not become properly emptied, mitigating the amount of fresh oxygen they can receive.

Emphysema often goes hand in hand with bronchitis, as smoking is the major cause of both.

If you are experiencing shortness of breath, inability to exert physical energy, or your lips and fingernails turn blue or gray with this physical exertion, seek medical attention immediately. The GE Optima CT lung scan at Advanced Body Scan will accurately diagnose the problem.

A Hiatal Hernia is when the stomach bulges into the chest via the hiatus between the esophagus and the stomach.