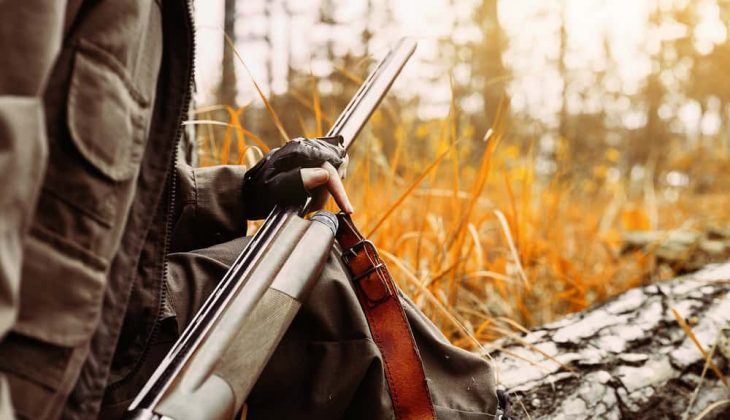 The subject of gun rights is, not only fraught with discord about constitutional rights, but also incredibly confounding and full of misinformation. A major subissue of gun rights is the difference between state and federal regulations and the clash between the two. Another confusing factor is that there are different rules depending on what type of weapon and what type of felony.

The most basic rule of thumb with gun rights is; if it was a violent felony, then forget it. At the very least, a felon can seek an expungement of the crime under extremely limited circumstances and then qualify to have gun rights restored.  If the felony crime was not violent, then there may be a restoration of gun rights when the perpetrator’s civil rights have been restored.

Minnesota also has several other factors that may revoke a citizen’s gun rights, including but not limited to; being deemed chemically dependant or mentally ill in a Court of law or committing a gross misdemeanor.

According to Minnesota State Statutes on Gun Rights under subdivision 4, restoration of gun rights are fully explained as follows;

(a) A person who is prohibited from possessing a firearm or ammunition under subdivision 1, due to commitment resulting from a judicial determination that the person is mentally ill, developmentally disabled, mentally ill and dangerous, or chemically dependent, may petition a court to restore the person’s ability to possess a firearm or ammunition.

(b) The court may grant the relief sought in paragraph (a) in accordance with the principles of due process if the circumstances regarding the person’s disqualifying condition and the person’s record and reputation are determined to be such that:

(1) the person is not likely to act in a manner that is dangerous to public safety; and

(2) the granting of relief would not be contrary to the public interest.

(c) When determining whether a person has met the requirement of paragraph (b), clause (1), the court may consider evidence from a licensed medical doctor or clinical psychologist that the person is no longer suffering from the disease or condition that caused the disability or that the disease or condition has been successfully treated for a period of three consecutive years.

(d) Review on appeal shall be de novo.”

Yet, federal law can “trump” (no pun intended) Minnesota state law and, if the crime was due to domestic violence, the law can still ban a person’s rights for their lifetime. Also, harassment Orders and Orders of Protection may also prohibit a person from obtaining a gun under federal law while they are still in full effect.

According to Minnesota state law, gun rights may be restored to a felon “automatically” if the crime that caused them to have felony status was non-violent. But do not be disillusioned; there is little that is automatic about this process.

Under §609.165 subd. 1d RESTORATION OF CIVIL RIGHTS; POSSESSION OF FIREARMS AND AMMUNITION; Judicial restoration of ability to possess firearms and ammunition by felon.

“A person prohibited by state law from shipping, transporting, possessing, or receiving a firearm or ammunition because of a conviction or a delinquency adjudication for committing a crime of violence may petition a court to restore the person’s ability to possess, receive, ship, or transport firearms and otherwise deal with firearms and ammunition.

The court may grant the relief sought if the person shows good cause to do so and the person has been released from physical confinement.

If a petition is denied, the person may not file another petition until three years have elapsed without the permission of the court.”

In lamens terms; you must have a non-violent felony, show proof of release from physical confinement and “good cause” for restoration of your gun rights.

The firearm rights restoration process in Minnesota can take from seven to eight months, depending on your particular circumstances, the court’s workload at the time of your petition, and whether there are any objections from the government.

Can a Felon Own a Muzzleloader in Minnesota?

Technically, a Muzzleloader is not a firearm. This is because the Federal Bureau of Alcohol, Tobacco and Firearms has labeled most black powder guns as being considered “antique firearms”.  So, under federal law a muzzleloader is considered an antique firearm so long as it looks like a weapon created before 1898 and is not customized to actually be a weapon using cased ammunition.

Yet, as with many other laws; there is conflict between federal and state regulations. Many states have other specific qualifications for black powder weapons such as barrel length and diameter.

Minnesota specifically, considers antique guns to be defined as;

“Antique firearm means any firearm, including any handgun, with a matchlock, flintlock, percussion cap, or similar type of ignition system manufactured before 1899 and any replica of any firearm described therein if such replica is not designed or redesigned, made or remade, or intended to fire conventional rimfire or centerfire ammunition or uses conventional rimfire or centerfire ammunition which is not readily available in the ordinary channels of commercial trade.”

Therefore, a convicted felon can own a muzzleloader in the state of Minnesota so long as the gun is an antique or replica of guns made before 1898 and is not modified for regular ammunition. This however isn’t the case with non-offenders who can purchase firearms quite easily. You can buy guns, all types of guns and ammo, including PA-10 rifles from Palmetto State Armory online store.