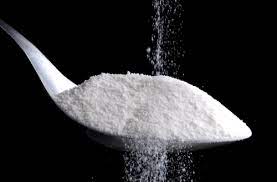 Peptides have recently become a known name all thanks to the skincare industry. People basically got introduced to these compounds as beneficial to skin health, especially as anti-aging agents. But in reality, the peptides have been under the scrutinization of researchers for many years now. Peptides have gained the attention because of having many health benefits as well as better stability in human body. While medicines tend to have side effects, peptides have minimal to no side effects. This quality has made these compounds perfect for treating diseases.

Peptides tend to exert a specific reaction due to its binding property. There are peptides that bind directly with the DNA and exert specific biological reactions. Most of the peptides exert the effects by binding with receptors. Pinealon happens to be one of the bioregulator peptide that binds with the DNA. This peptide has neuroprotective properties which make it one of the most potential things for treating different neurological disorders.

It is a synthetic peptide that has three amino acids which makes it one of the short peptides. It is also called EDR peptide with Glu-Asp-Arg amino acids as its building blocks. This peptide leads to behavior modification by impacting the central nervous system. It also protects the various cells like neurons from oxidative stress. Pinealon is capable of penetrating nuclear membrane, blood brain barrier and also the cellular membrane to bind directly with the DNA molecules.

The tripeptide Pinealon is isolated from Cortexin, another chemical compound. Cortexin, a polypeptide, introduced for the first time in 1999 is synthesized from bovine brain. It also possesses the power to penetrate the blood brain barrier due to low molecular weight. Cortexin stimulates the neurotransmitters in brain.

Research was done on volunteers suffering from organic brain syndrome and poly-morbidity. Pinealon demonstrated anabolic effects that improve central nervous system function and the functions of other major organs. This anabolic effect helps to slow down the rate of aging. The research also found that this peptide has no negative effects on chromatic condensation degree. This makes it safe to use without any adverse effects on cellular levels. It also modulates the level of irisin in muscle cells. It is secreted during exercise as it is central to the muscle cells. It leads to fat loss. Pinealon increases the level of irisin to protect the DNA telomeres to help fight the process of aging.

This time research was conducted on brain cell cultures. In vitro administration of Pinealon was done. The cell cultures showed better serotonin expression after administration. It regulated 5-typtophan hydroxylase enzyme synthesis which is involved in the synthesis of serotonin this hormone helps in overall wellbeing and stabilizing the mood. The result of this research proved that this peptide might be helpful in treating mental conditions like depression.

Pinealon is not available for administration on human beings yet. It is currently being examined by researchers. Licensed researchers can use Pinealon for sale for laboratory usage.